Massapequa, NY (August 18, 2015) – Jake Schwartz waited five long but fun summers to finally be named one of two divisional Camper Captains for Camp Huron Lake Color War. The honor, bestowed upon a camper with great leadership, organization, and clipboard-holding abilities, is one that all campers strive for as the camp season nears its final days.

From the first day home from Camp Huron Lake last summer to the second he returned to the same majestic oasis in late June, nearly every decision Schwartz, 13, made was in preparation to be recognized as a leader among his peers. Schwartz joined the Boy Scouts, met with organization specialists and behavioral therapists all to enhance his candidacy for Camper Captain. All of his hard work and sacrifice led him to realize his lifelong dream to lead half of his division into battle for the five days of Color War.

A hero for just short of a week to his Red Tigers teammates, Schwartz couldn’t wait to share his fantastic news with home friends Pete “Petey O” O’Malley and Vito “The V-Man” Petricelli. Upon returning home, Schwartz and his two friends met up with a few of the neighborhood boys to play some basketball. O’Malley and Petricelli were about to choose teams when Schwartz let them know that he was far more qualified to do so because he, after all, was a Camper Captain at Camp Huron Lake.

“Who gives a shit, Schwartzy? Why the fuck did you bring a clipboard to a pickup basketball game? You’re lucky we don’t smack you in the head with that,” chuckled O’Malley. Petricelli chimed in as well, “I mowed lawns for my uncle five days a week this summer. I’ll stick that clipboard up where the sun don’t shine. Camper Captain…jeez! Do we look like people who give a crap?” 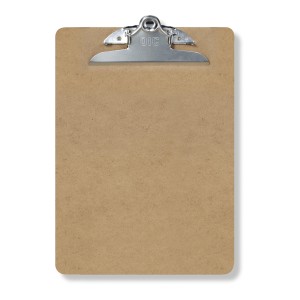 An obviously dejected Schwartz shrugged off his friends’ comments and got right into the game. After each basket his team scored, he high-fived and hugged both teammates to show them his support. And when they were down, 20 to 6, he let out several verses of “That’s all right, that’s okay, we’re gonna beat you anyway!” to the dismay of his teammates.

As he arrived home on the verge of tears, his father asked him what was wrong. He explained how excited he was to tell his friends of his great news but they apparently didn’t really care. His father, Eric, 44, softly and simply answered, “No one outside of camp gives a flaming fuck that you were a Camper Captain. I’m proud of what you accomplished but now I honestly don’t give a rat’s ass about it either. Stop carrying that clipboard before I break it over your nose. Now go on inside and get ready for dinner, you little scamp.”

The day was salvaged when fellow camper, Ira Goldfarb called to ask Schwartz’s advice as to whether he should try out for the “A” or “B” Syosset Travel Soccer Team.