New York, NY (August 9, 2018) – The Northeast Association of Sanitation has estimated that over the course of the last week and a half, nearly four tons of garbage have been collected comprised primarily of slime and other assorted children’s junk.  Thousands of campers can expect to return home to a house devoid of dozens of Tupperware storage containers filled with slime of a multitude of colors and textures.  Additionally, the children will most likely notice that their giant vats of school glue, shaving cream, and contact lens solution will also be conspicuously missing.

Since sending their children away, the number one item on most parents’ agendas was to get rid of all the crap that has been taking up valuable real estate in playrooms, basements, bedrooms, and kitchens for the past six or seven years.  Many parents use simple guidelines as to what to throw out and what items to keep.  Shari Hochstein of Marlboro, NJ, employs a fairly straightforward method when determining which of her kids’ crap will be thrown away.  This year, any slime or slime-related products but not including storage containers will be tossed as well as any prize or toy won at a school fair, town carnival, or amusement park dating back to 2009.  Also, any goody bag items, three years or older Halloween candy, and grandiose yet still incomplete art projects are perfect candidates to hit the trash bin.  Participation trophies and medals are up to the discretion of her husband, Jon.

“It’s pretty amazing that the entire summer when the kids are away we throw away a plastic grocery bag’s worth of garbage each week.  Then about week five, Shari goes into high gear and just becomes a cleaning machine.  To be honest, it really turns me on,” commented Jon. 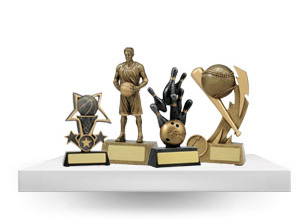 Jon will most likely be throwing out all of the above participation trophies.

Elisa Weinberg of Dix Hills sends her kids away to Camp Huron Lake not only to provide them an outlet to flourish in a screen-less, nurturing environment where they can interact physically and emotionally with their peers, but, more importantly, to get them out of the house so she can get rid of a ton of their shit.

“Camp is great, the pictures are great, Visiting Day is great…yada, yada, yada.  I get it.  But if Jacksyn and Jayke are home and we try to get rid of stuff they always come up with some sentimental BS reason why they need to keep the giant pencils they’ve never used or the paper that a sticker came on.  If I didn’t send them to camp solely so I can throw this crap out, I’d be on the next episode of Hoarders,” Weinberg confessed as she perused the two page letter listing all the junk her kids want when they get home.

Be the first to comment on "Four Tons of Slime, Junk Thrown Away before Campers Return Home"